Nigel, who has taken charge of 80 Test matches and refereed the 2015 Rugby World Cup Final, says men in particular need to be encouraged to speak up.

His comments followed a report by the Welsh National Assembly’s health committee which revealed that last year 360 people took their own lives in Wales – the highest figure since 1981 – with 278 of those deaths being men.

“It is all about catching it early,” said Owens, who has always openly discussed his own mental health battles. “The later you leave it the less chance you have recovering from it, so we need to help people identify the issues.

“The longer you leave it the less chance you have of getting over it and sometimes it will take your life before you can deal with it.

“It is an illness and people are starting to understand it and take it seriously.

“Most of the people who are taking their lives are men. I think this comes down to the macho image men have. This is why it’s important to encourage men to speak up.

“Men seem to think that they can’t ask for help and they have to carry a burden.

“I think that is the issue and they need to understand this is not a sign of weakness to be having problems.

“I think women tend to be better at expressing their feelings and seeking help than men and I think that is reflected in the amount of men and boys who take their own life.” 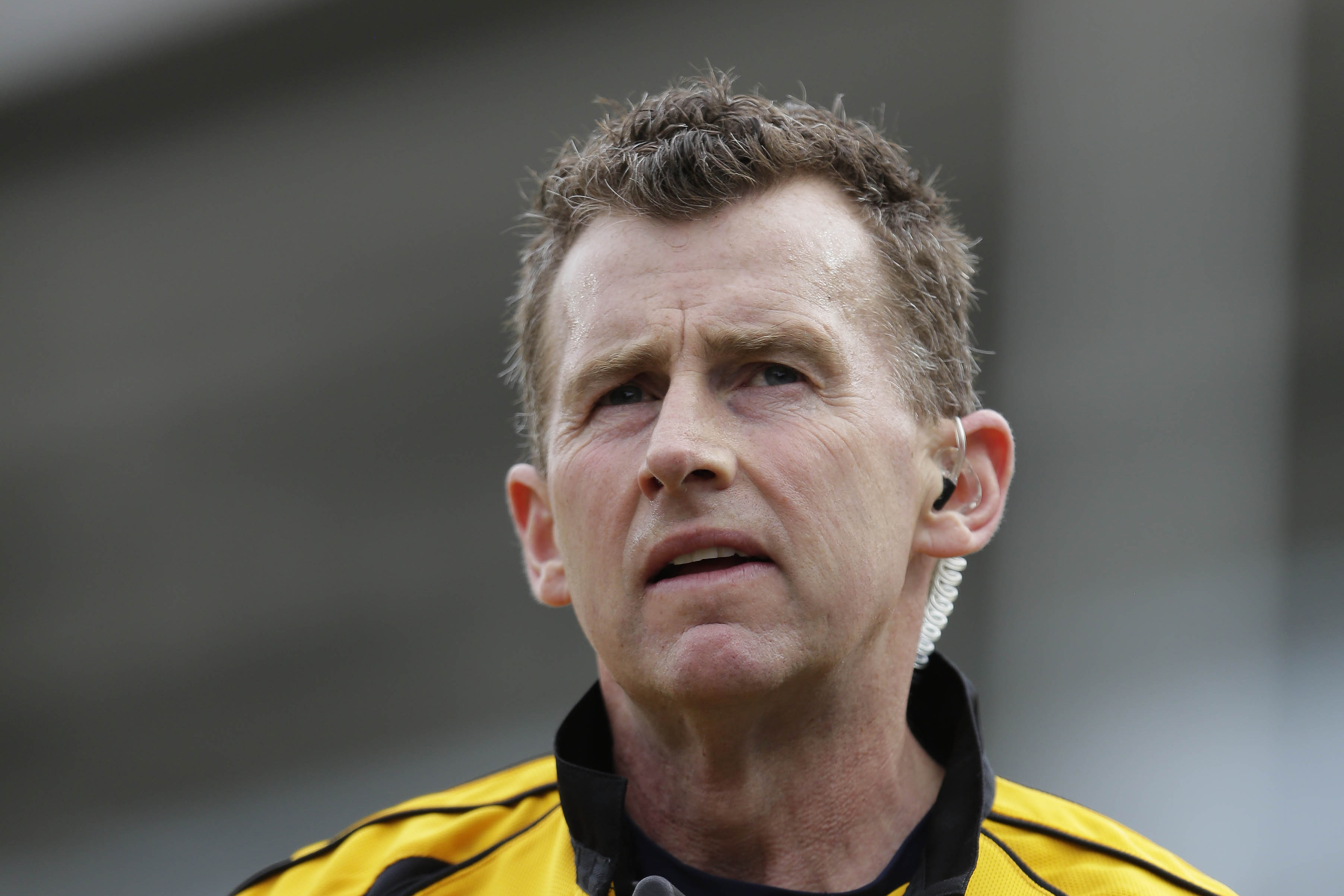 Owens, 46, who is one of the most recognisable and respected referees in his sport, says that the more that mental health is discussed the more likely people are to seek help.

And he called for more mental health resources, particularly in schools.

“The more awareness is raised, the more people will hopefully speak out about it – which, in turn, will help people come out to seek help,” said Owens.

“However, once more people start to come forward, you need to be in a position and have the resources to cater for the people seeking help.

“When people accept there are issues they need to deal with and start to talk about it, they can move onto the next stage of seeking help.

“But unless there is provision in place within the NHS, and the local doctors’ surgeries, then we are not going to see an improvement.

“I think we are lagging behind in that regard.

“A lot of the expertise and help people need is simply not there at the moment.

“There needs to be an investment and additions to the school curriculum when mental health issues are spoken about.

“Children need to be aware of it and taught to deal with it.”

I have been there

Owens, who referees in the Guinness Pro14 and the Heineken Champions Cup, used his column in the Western Mail newspaper to reference his own battles and how people can find help.

“In the Gwendraeth Valley where I live I know of five young men between the ages of 16-30, and a young girl, who have taken their own lives in the last three years.

“Two of them were family and it truly breaks my heart.

“If I hadn’t learnt an important lesson about understanding myself and that there are important issues I needed to deal with, I could have prevented myself from attempting to take my own life by seeking and having help.

“At the time I didn’t know who to speak to and where to go for help.

“However, when you reach this stage, you need support in place.

“I know how difficult it can be when you ask for help but it is not there. This is where, unfortunately, we are lagging way behind.”

If you or someone you know is experiencing mental health issues or you would just like to talk you can either register your details on the contact page for a call back, drop in to the Circle Wellness Clinic at Peregian Beach or contact me on 0404811761.

Hope to see you soon

Russel Brand explains why he goes to therapy

Are you OK with the return to School/ Homeschooling/Unschooling alongside working to make an income?