Michelle Obama reveals she and Barack had marriage counselling

She revealed how she and Barack had difficult times in their relationship especially after her husband first joined the state legislature, several years before he became US President.

At the time the couple were going through in vitro fertilisation (IVF) to try to conceive a baby and Mrs Obama said it was a struggle when she was at home alone and forced to administer IVF shots herself.

In an interview with American TV Channel ABC, the former First Lady said: "Marriage counselling for us was one of those ways where we learned how to talk out our differences.

"I know too many young couples who struggle and think that somehow there's something wrong with them. And I want them to know that Michelle and Barack Obama, who have a phenomenal marriage and who love each other, we work on our marriage.

"And we get help with our marriage when we need it." 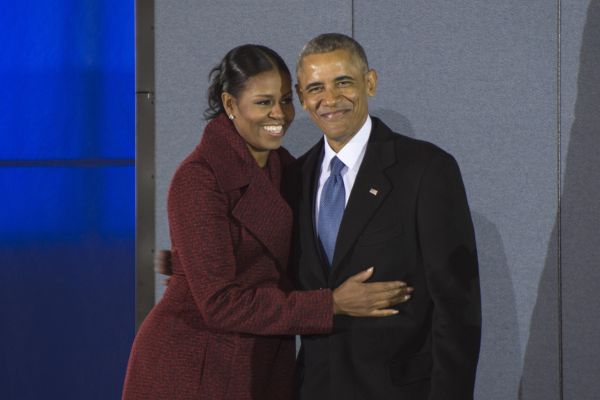 She told how the pair saw a counsellor “a handful of times” and that she came to realise she was more “in charge” of her happiness than she had realised.

“This was my pivot point… My moment of self-arrest,” she said.

Mrs Obama also described how she felt “lost and alone” following a miscarriage 20 years ago and revealed that both the couple’s daughters Malia and Sasha were conceived through IVF.

She has revealed further details about these moments in her life in her book Becoming, which will be released on 13 November.

Rebeccah Evans provides support for couples who are experiencing challenges in their relationship, or who want to enhance their relationship. Counselling and psychotherapy can provide a safe and neutral space for both partners to feel comfortable sharing their concerns, learning new ways to communicate, connect and strengthen their relationship with themselves and each other. Please contact Rebeccah on 0404811761 or register your details for a call back and see if counselling can bring about positive change in your relationship.

Russel Brand explains why he goes to therapy

Are you OK with the return to School/ Homeschooling/Unschooling alongside working to make an income?